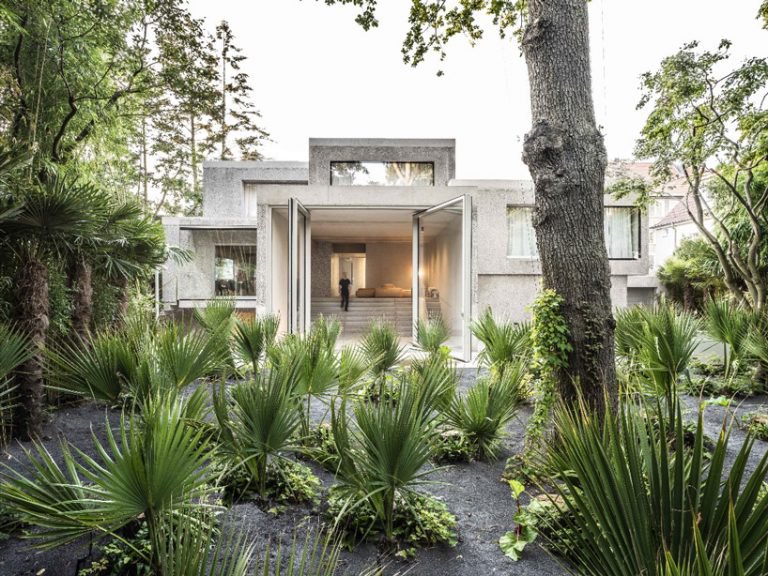 located in northern germany, j. mayer h. has completed the extension and renovation of casa.morgana on a site surrounded by nature. considering the neighboring late 19th century architecture, the new intervention to the existing building instead creates a striking contrast to the context. formed as an ‘abstract volumetric study’, the design makes reference to the brutalist aesthetic that was prominent at the time of the original construction of the house.

covering a total of three storys, the overall massing of casa.morgana is composed of several differently sized cubes placed at staggered levels on top of one another, connected by a central stairway. to create the new residence, j.mayer.h first reduced the existing building from 1972, and its annexes from 1991, to their shells. the architects then formed targeted interventions by adding exposed concrete and partially removing ceilings and walls. 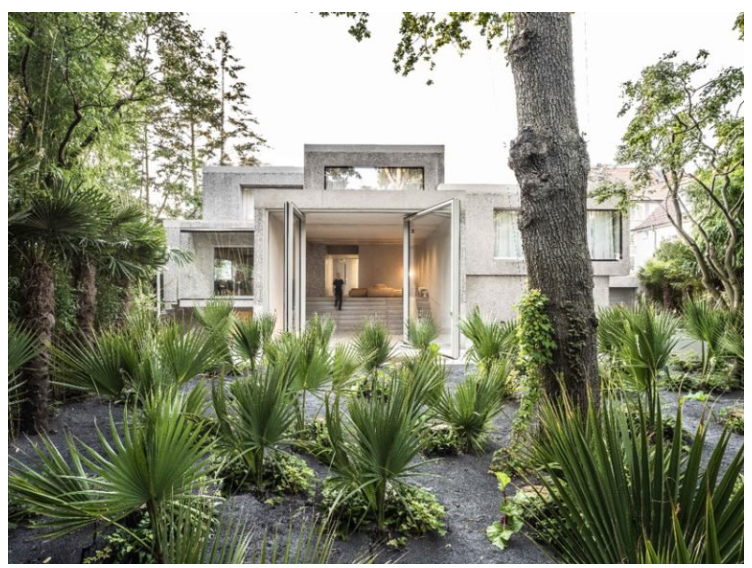 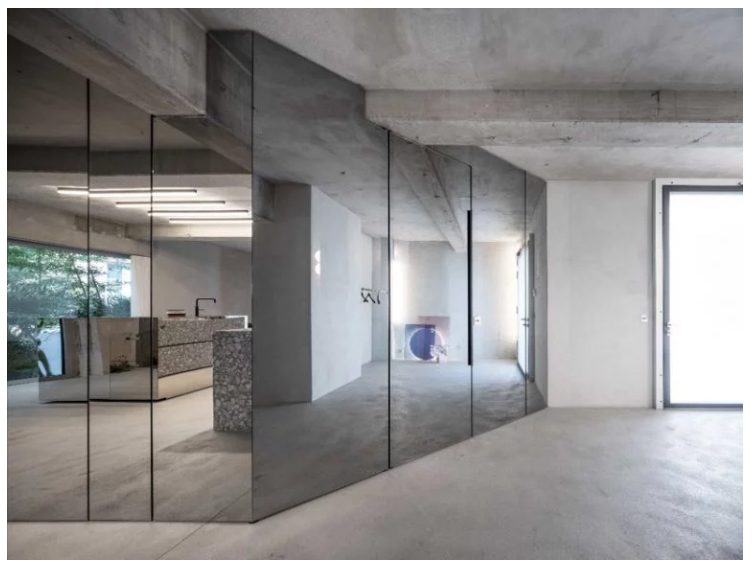 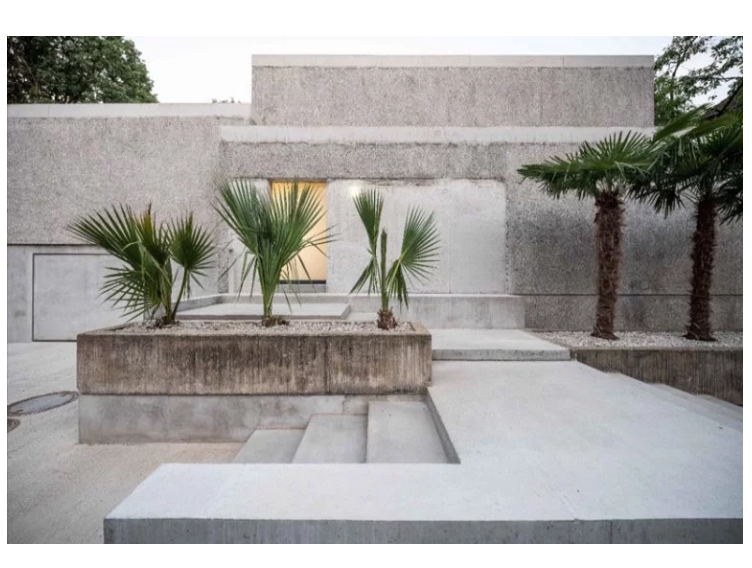 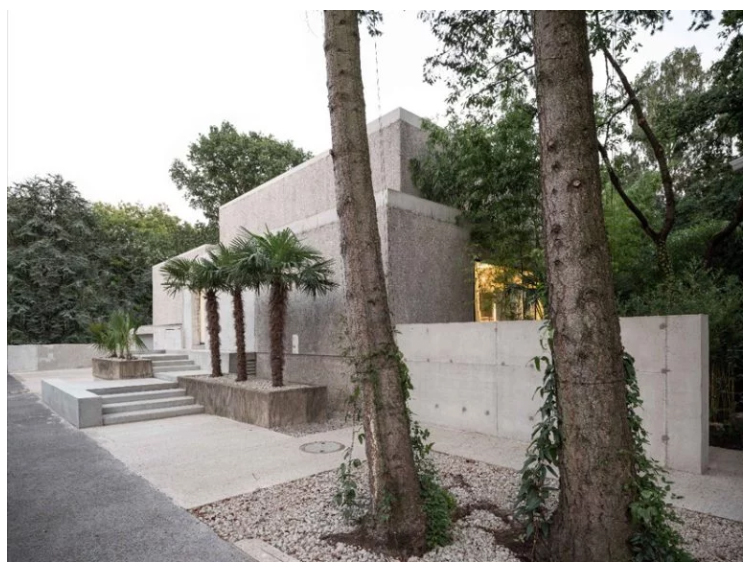